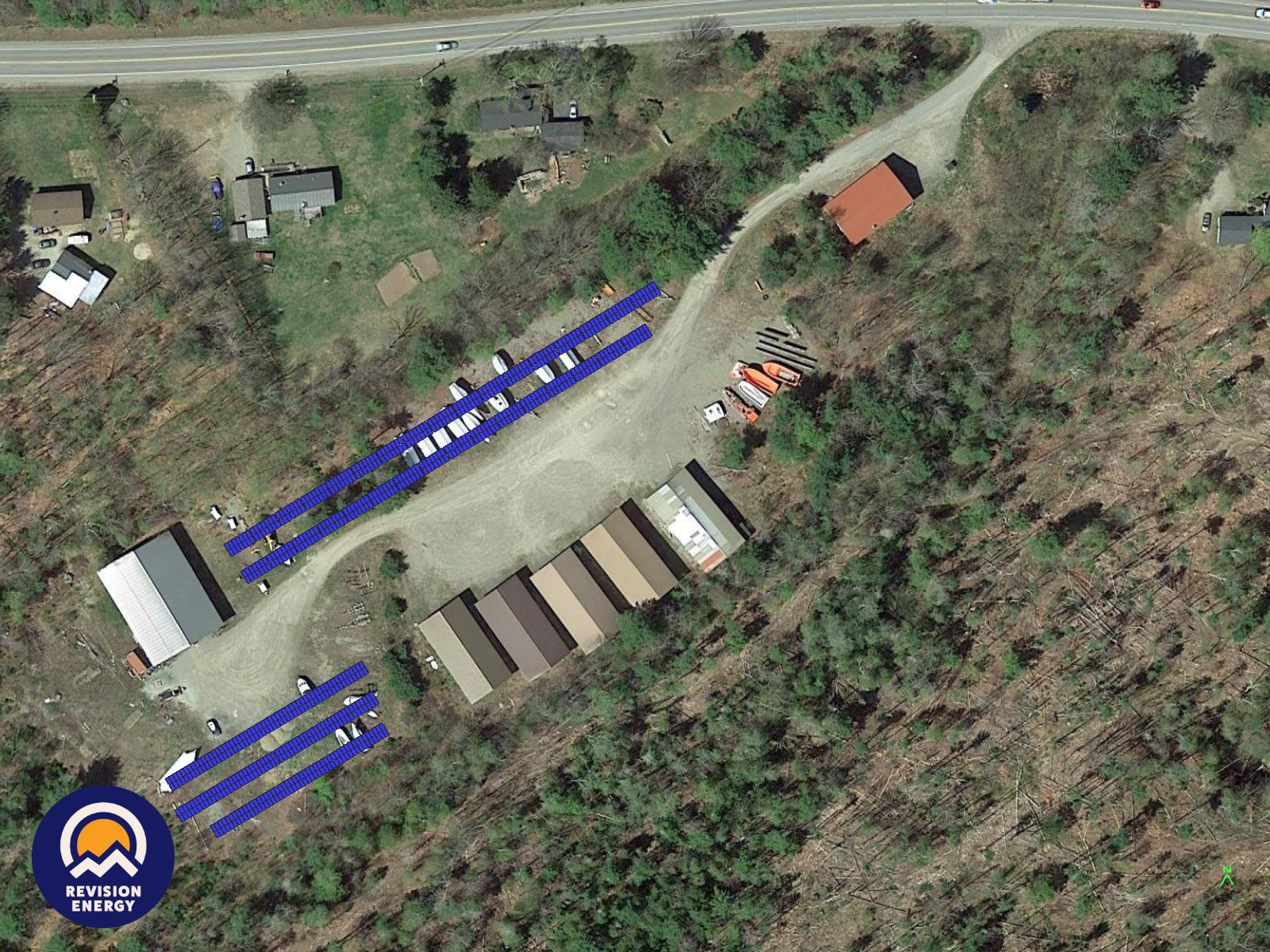 Front Street Shipyard is getting greener. Through an agreement with Revision Energy (revisionenergy.com), we’ll be installing a solar farm at our off-site storage facility on Route 137 Belfast. These solar panels will power our buildings on the waterfront with clean energy from the sun.

The solar farm will include 784 solar panels, each of which is rated at 445 watts DC. That equals 348.88 kW DC of energy. The system also includes five inverters that convert the DC power from the solar panels into AC power to go onto the grid. Our new installation is expected to produce approximately 394,050 kWh annually, equivalent to 40% of the electricity that Front Street Shipyard uses.

We plan to sell the Renewable Energy Credits (RECs) associated with the project for several years to help us pay off the loan for the system. According to Revision Energy, “a REC is a certificate representing the environmental benefits from one megawatt-hour (1,000 kilowatt-hours) of electricity produced from a renewable resource (like sunlight). RECs are not tied to the physical energy produced by the system, meaning they can be ‘unbundled’ and sold to an entity that is not necessarily using the kilowatt-hours that produced them.” In other words, our contribution to the REC market will support other businesses that choose to build solar systems as well. We’re proud that our solar project not only produces green energy, but we’ll be selling that “green-ness” through the REC sales.

The aerial rendering above shows the location of the solar panels. We’ve been moving boats around at the storage area to make room for the new solar project, which will be installed this fall. We’ll continue to use the land and sheds at the site to store vessels even after the panels are in place. 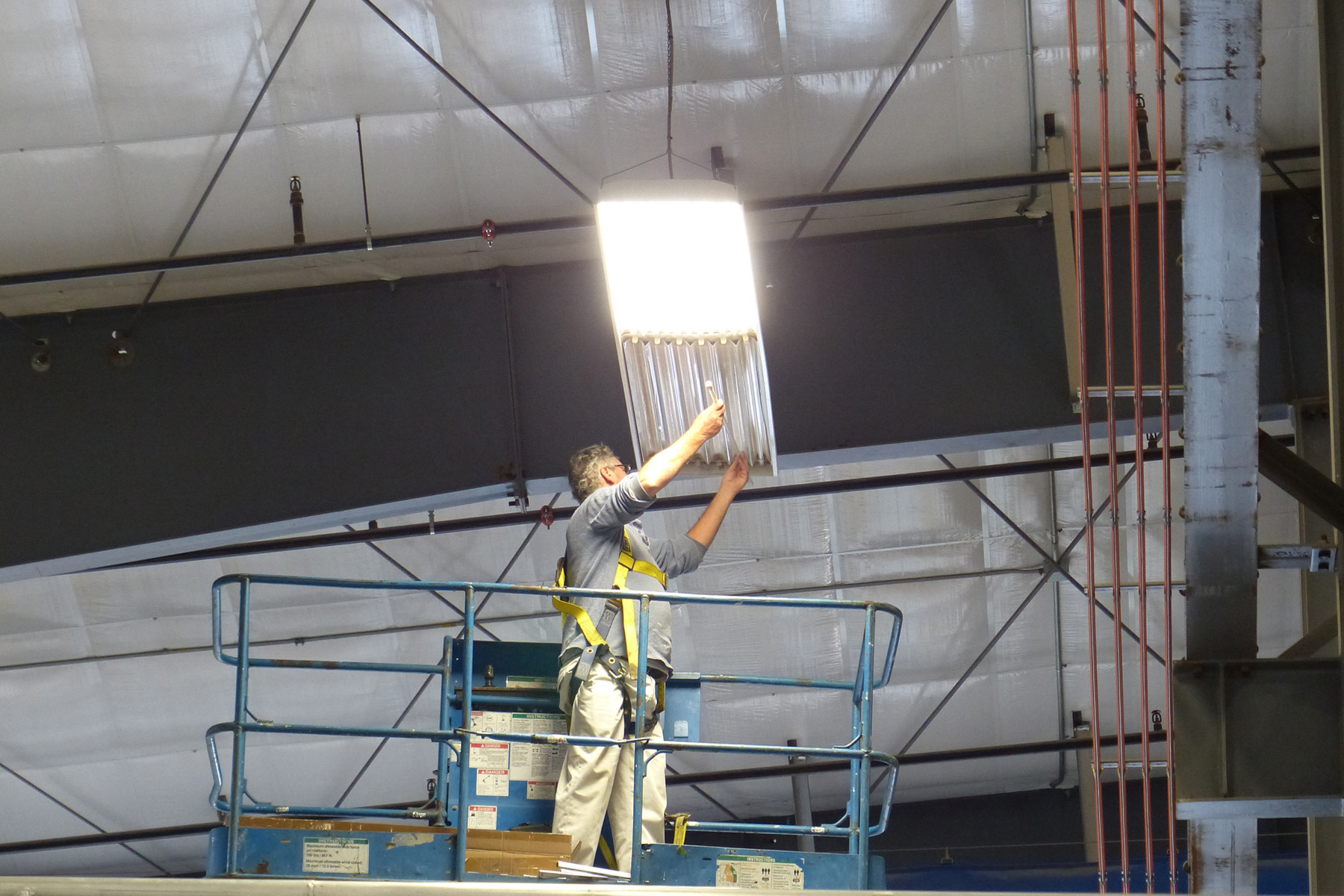 A second step toward a greener boatyard is happening on site at our waterfront facility. In our two largest boat sheds — Buildings 5 & 6 — we now have all LED lighting, The newest facility, Building 6, was initially equipped with this highly efficient lighting. This year we’ve replaced 360 fluorescent tubes in Building 5 with new LEDS. These LED bulbs are 48% more efficient than the fluorescent ones.