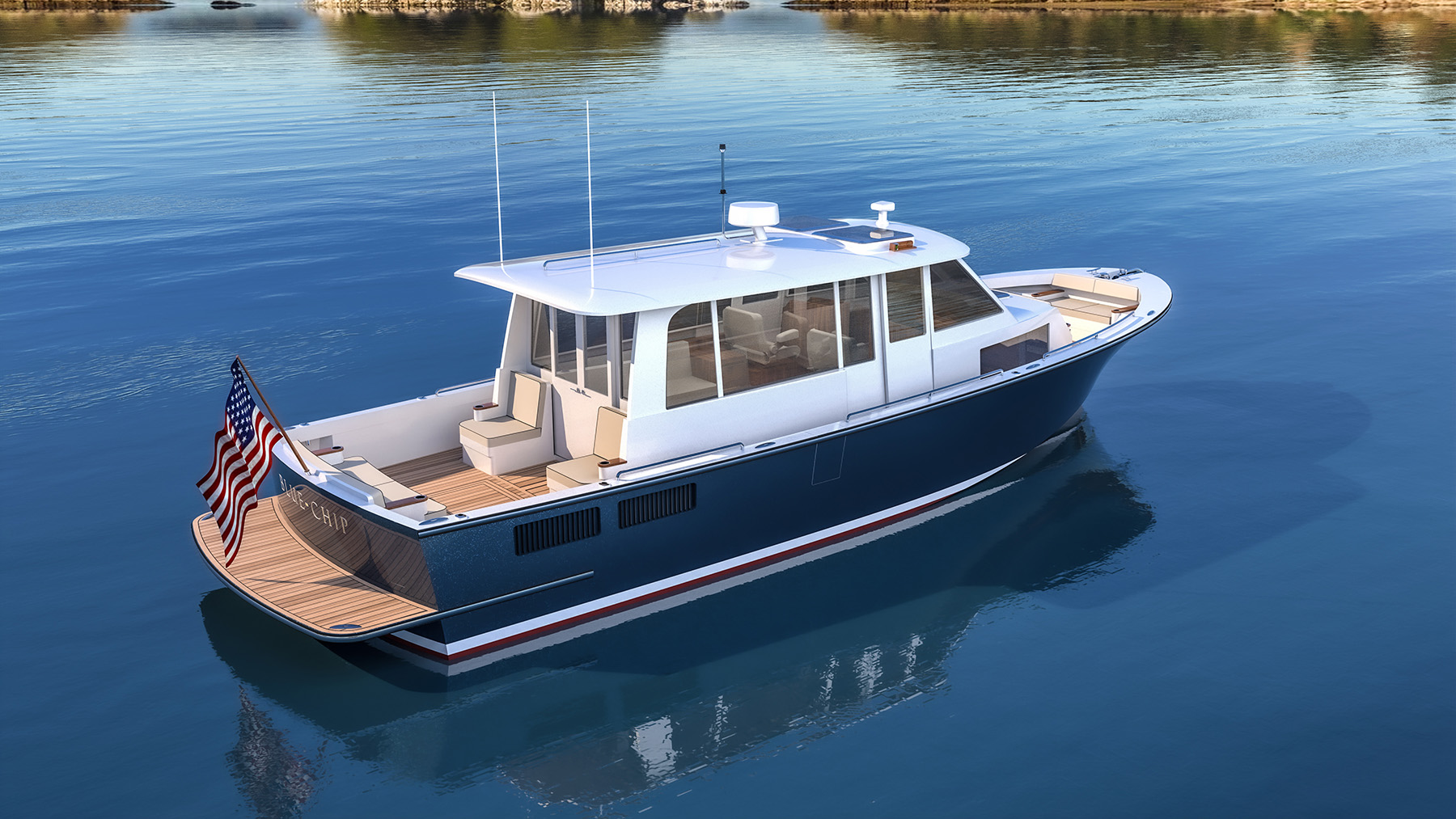 Introducing the Hunt Dayboat, a custom 41-foot powerboat that will be completed and launched in 2022. Designed by Ray Hunt Design of New Bedford, Massachusetts, the composite-built dayboat is commissioned by a private client who plans to use the boat recreationally throughout New England waters. Selected as the builder for their proven workmanship, Front Street Shipyard’s experienced craftspeople are building the bespoke dayboat to the highest of standards as a flagship vessel for the international yacht yard.

Conservative styling combined with the renowned Hunt deep-vee hull make this dayboat a modern classic. The owner envisions a welcoming, effortless atmosphere for entertaining family or a small number of guests. The aft open cockpit has comfortable seating for socializing as well as a hidden fish box and recessed fishing rod holders for the occasional sporting expedition. An elegant composition blends with utilitarian details like readily accessible handrails and fiddles. Varnished cherry cabinetry and trim contrast with white panels and an oiled teak sole in the saloon. Down below the dayboat has a cabin and head with enclosed shower for occasional overnights.

The dayboat measures in at 41 feet, six inches overall with a waterline of 37 feet one inch and a beam of 13 feet, six inches. Powered by two Volvo Penta D6-IPS 650 engines, the vessel is expected to cruise at 32 knots with a top speed of 38 knots. The hull topsides and deck are cored fiberglass with Vinylester marine resin, which will ensure a light weight and top performance speeds.

Front Street Shipyard began building the dayboat in early 2021. The hull, deck, superstructure and parts will be under construction in various departments around the Front Street Shipyard facility by its in-house experts in composites, fabrication, systems and coatings. 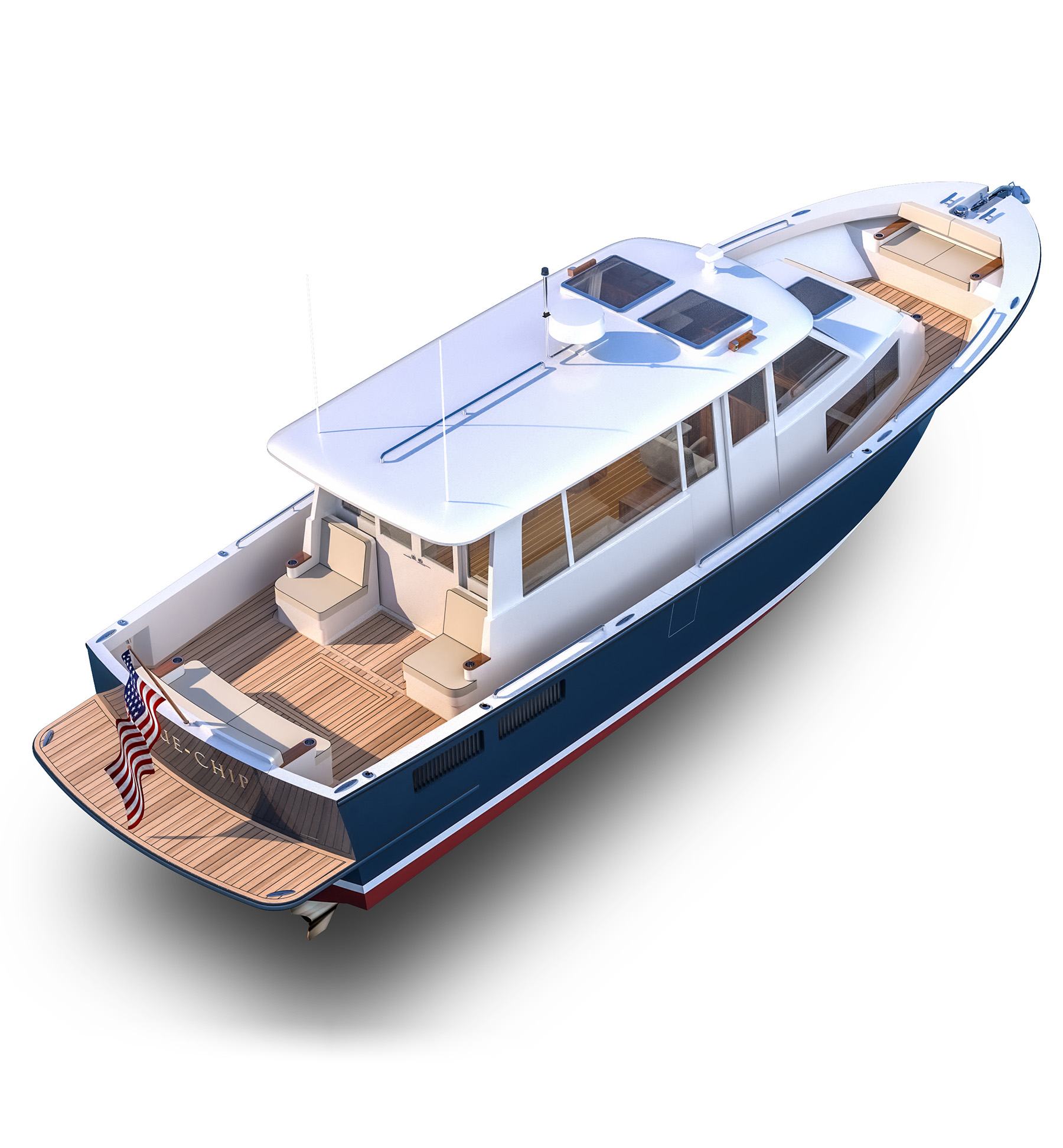 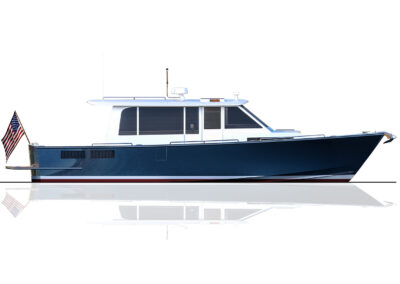 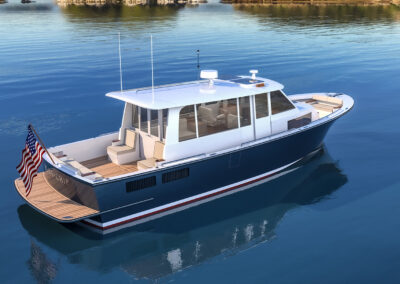 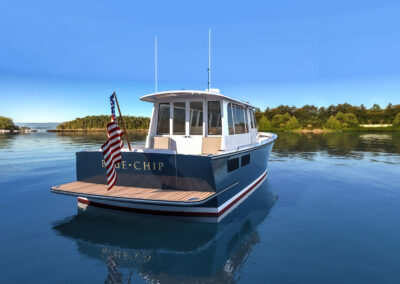 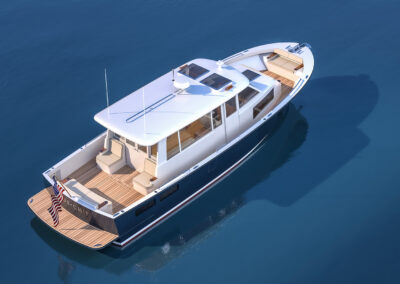 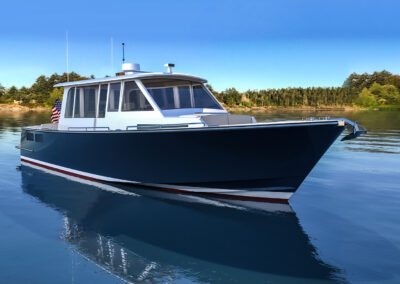 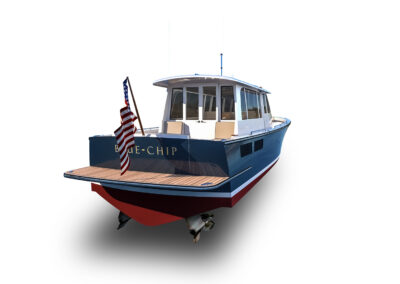