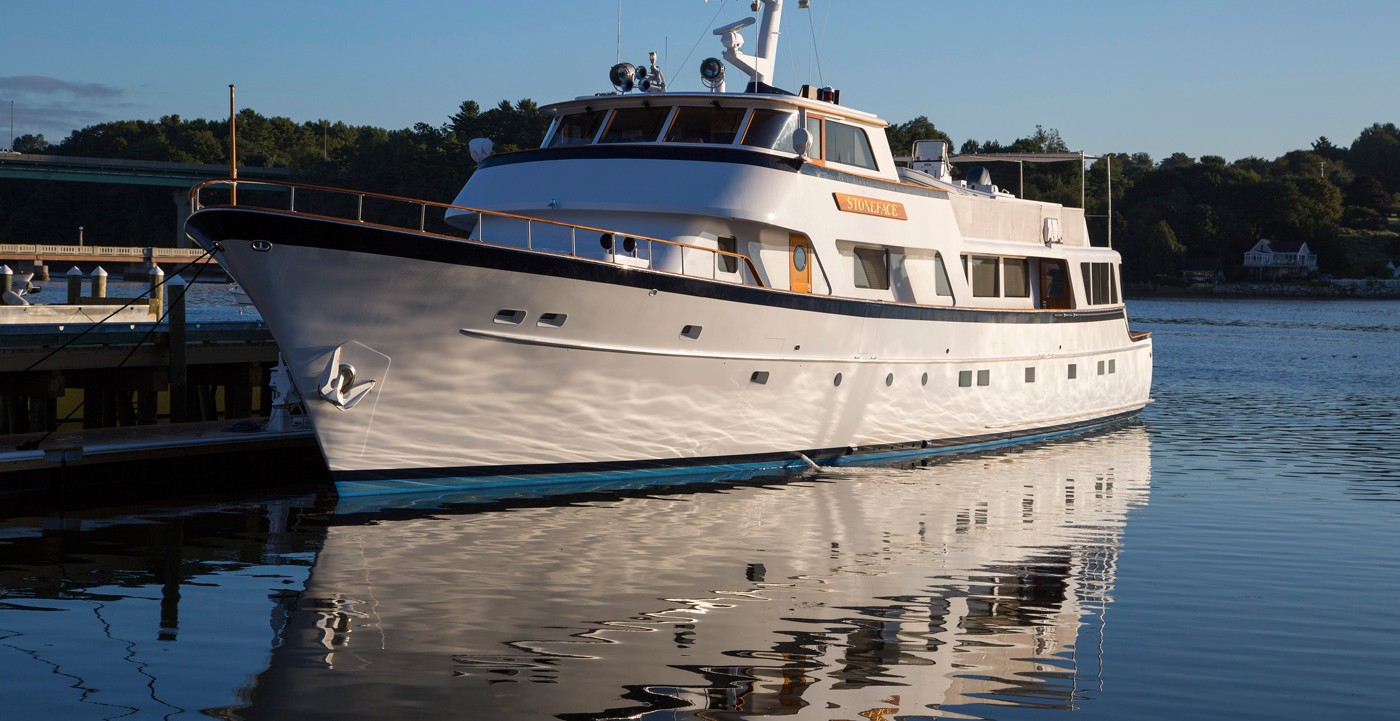 STSTONEFACE is a 106-foot aluminum yacht built by Burger Boats. Designed by Jack Hargrave, she was first launched in 1978. She came to us at Front Street Shipyard in early 2012 equipped with two 735-HP GM engines in need of replacement as well as extensive corrosion issues that required immediate attention. The owner also requested a complete refit that extended from bow to transom.

In addition to the re-power, our systems team also replaced STONEFACE’s generators and her oil-change system. Her bow-thruster and steering systems were upgraded as well. Our team then moved onto the plumbing systems, which were extensively rebuilt or replaced. STONEFACE received all new freshwater pumps and gray-water pumps, as well as black-water plumbing. We cleared all her drains and fully replumbed them. All of the refrigeration was swapped out for modern systems as well.

STONEFACE was completely rewired to current ABYC standards. With new electrical systems in place, STONEFACE’s lighting was changed out to new LED lighting on dimmers. She also received an extensive A/V upgrade and Marquipt davits.

Front Street Shipyard’s craftspeople gutted and refurnished much of STONEFACE’s interior. The interior was revarnished and repainted, the carpets and wallpaper were all replaced, and many of the ceiling surfaces were replaced. The crew area and galley were both exhaustively overhauled. The galley was upgraded with new countertops, wall surfaces and modern appliances.

The hull had areas where tankage was compromised, so the yard’s composite experts made all the necessary repairs. The bottom was soda-blasted, primed and painted. The majority of the decking was replaced with new teak decking, save for a small area that was reseamed instead.

STONEFACE spent one year with Front Street Shipyard for her comprehensive refit. She is currently sailing around the globe. 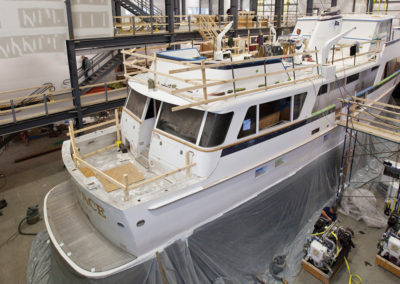 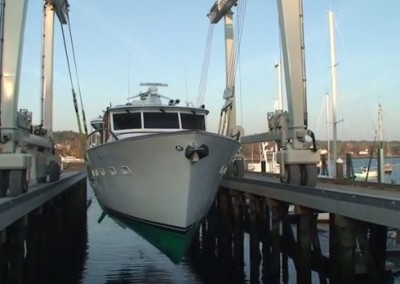 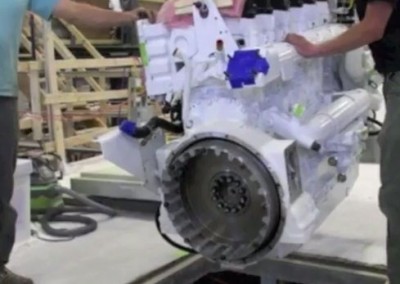 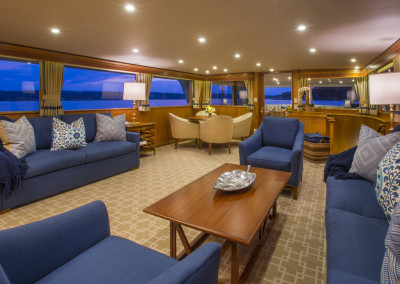 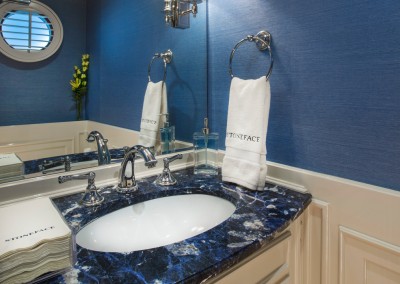 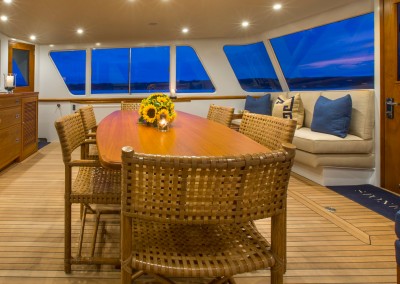 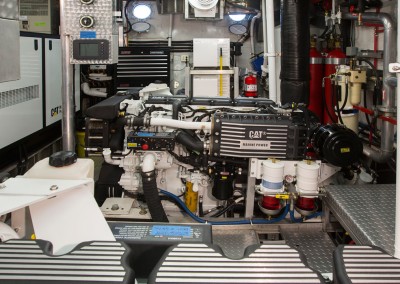