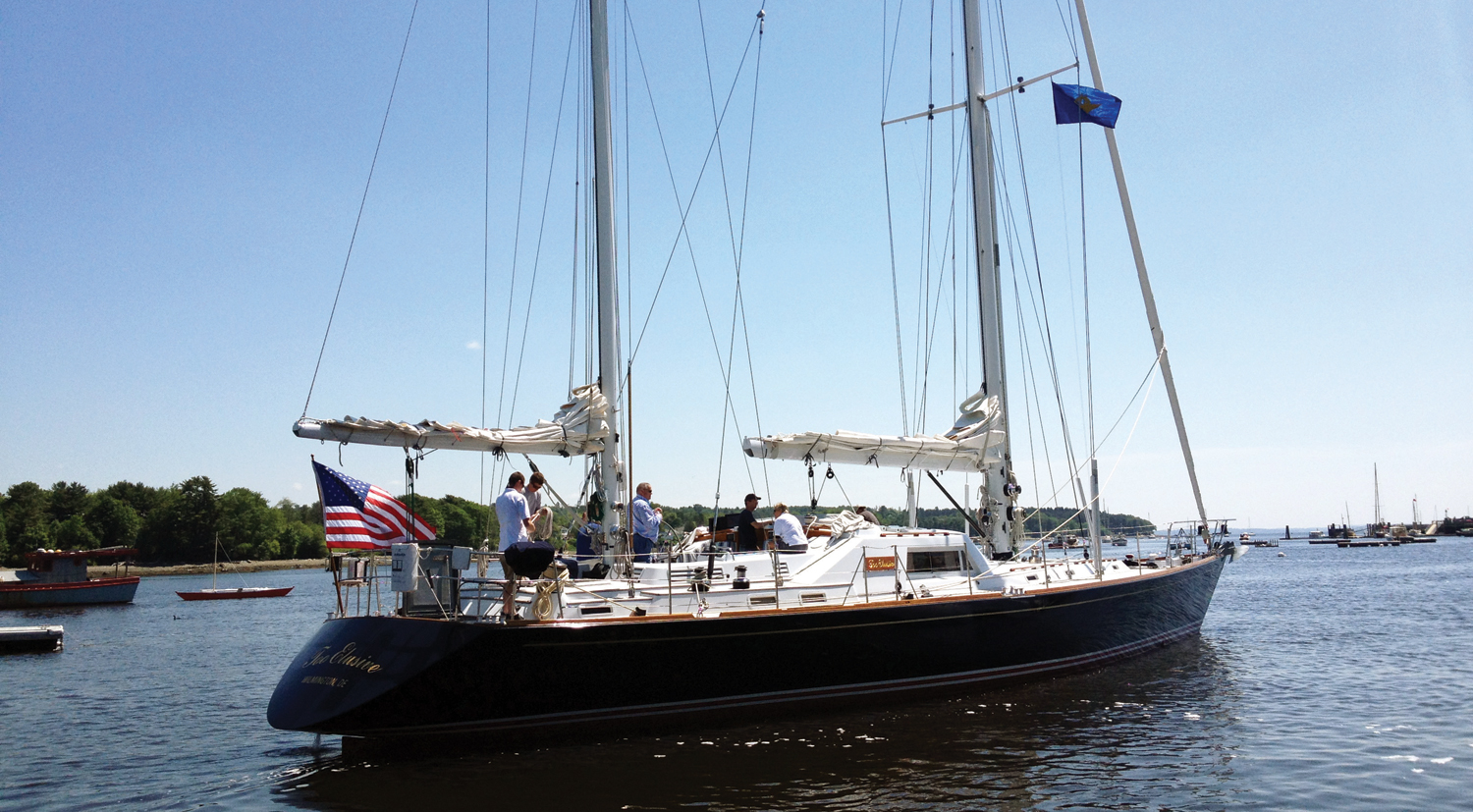 TOO ELUSIVE is a ketch-rigged Southern Ocean 80 originally built in 1985. She spent the winter of 2012-2013 at Front Street Shipyard receiving a comprehensive refit that included everything from her hull to her interior to her rigging.

Our composites team started by grinding down and rebuilding the radius for the hull down to the deck joint. We fully faired TOO ELUSIVE’s starboard side, and stripped her paint from the entire hull. We primed and painted the entire hull with AWL-Grip, and followed that up by sanded and clearcoating to bring out the most brilliant possible color and shine.

Next we built a steel shoe for the keel, and then faired the new foil. We sanded and painted her bottom prior to launch.

We made several mechanical upgrades on TOO ELUSIVE. Most significantly, we rebuilt her steering system and her rudder bearings.

TOO ELUSIVE’s interior needed a complete overhaul. We removed and completely rebuilt her aft cabin. We also removed and rebuilt most of the main salon, including crafting overheads replacing all the wood. We built a new nav station and installed all new electronics.

We gave TOO ELUSIVE’s rigging a facelift with new paint on her main and mizzen masts. Our riggers replaced much of her running rigging and some of her standing rigging. Finally, we outfit her with all new sails. 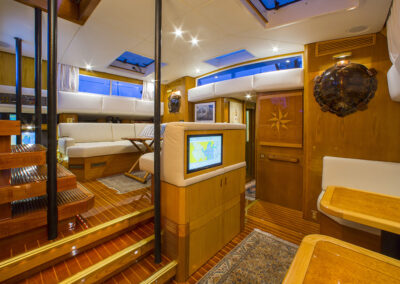 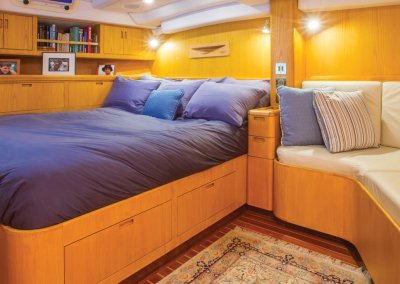 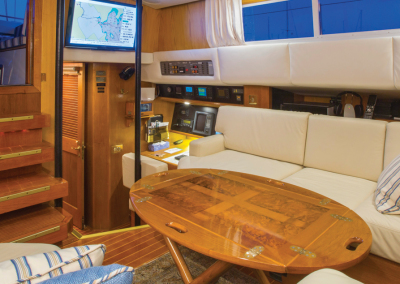 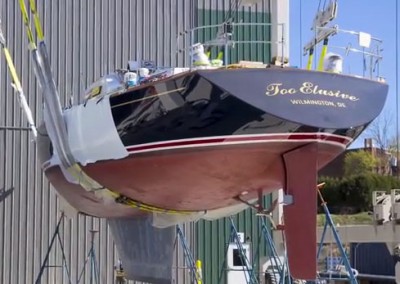